Rise Above, Niagara’s only fully vegan restaurant, is now two years old! For two years Kyle Paton and his staff have been serving up vegan goodness in downtown St. Catharines. Rise Above started off selling vegan doughnuts out of a small location on Summer Street, but quickly expanded to a full-service restaurant over at 120 St. Paul Street. (don’t worry, you can still get the famous vegan doughnuts that put this place on the map!)

One of my favourite things about Rise Above are the “tasting menu” evenings, special events where diners are treated to a 5 course meal comprised of dishes not found on the regular menu. These are gourmet courses, edible works of art. These dinners sell out within hours and are among the hottest tickets in town. Keep an eye on Rise Above’s Facebook and Twitter feeds to catch wind of when the next one is happening. (I hear there are 3 slated for early December)

The regular menu at Rise Above is pretty spectacular too. I’m particularly partial to the gnocchi (served with a cashew cream sauce that will blow your mind). And have I mentioned brunch? The brunch menu changes regularly, but is always incredible. With options like banana bread french toast (pictured below), you won’t be disappointed!

Congrats on this anniversary, Kyle, and thank you for making downtown St. Catharines such a great place to be a vegan! May there be plenty more Rise Above goodness in the years to come! 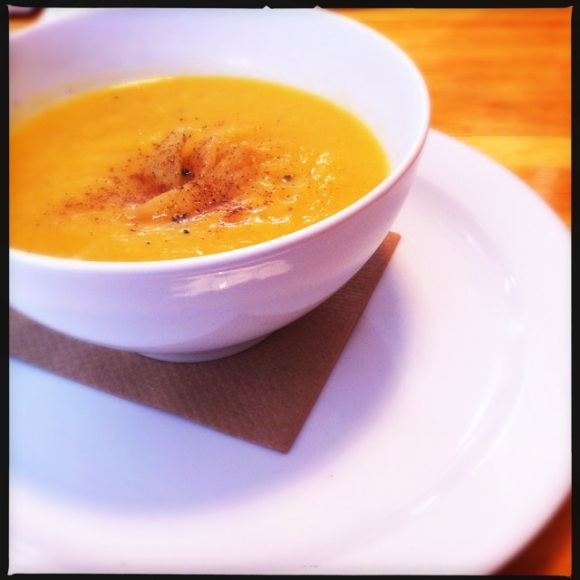 2 thoughts on “Happy Birthday, Rise Above!”