Spring has been a bit of a whirlwind here so far! The last little while has been one of the most hectic times in recent memory.

I took an quick trip out to Edmonton for the Cross-Pollination workshop at the end of March. This was probably the best professional gathering I’ve ever attended – it was a small, invited group of people which allowed for really good discussions. There were no concurrent sessions and we all were asked to workshop our papers, which had been circulated ahead of time. There were so many interesting topics discussed and it was just amazing to have the opportunity to really think deeply about how “environmental thought and activism” (to borrow from the event sub-title) can emerge from the arts and the humanities. So many excellent papers and so many exciting ideas exchanged. I think I thoroughly enjoyed the entire event, but if I had to pick a highlight I think it would be Lyndal Osborne‘s discussion of her work. Absolutely incredible stuff! (and to think I used to be both a student and a sessional instructor in the same department as Lyndal but did not actually meet her until this workshop. How odd!)

While I was in Edmonton I got to have a quick whirlwind visit with my parents, which was lovely! We went for a celebratory dinner at Padmanadi, one of the most delicious vegan restaurants I’ve ever been to! The food is Chinese food-style, but made with analog meats instead of the “real deal.” Loads of yummy fresh veg too! What a treat it is to be able order anything from the menu! 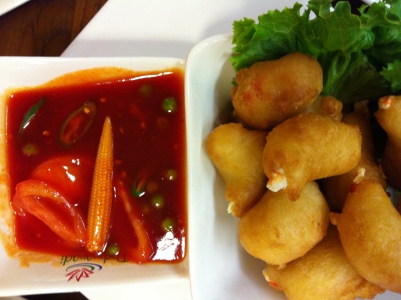 I also got to spend a fabulous evening with Fiona, a good friend who I haven’t seen in ages because she has been living in places like New Zealand, the UK and Alaska. The stars aligned and we were actually in the same city for the first time in about 5 years! We went to the Hotel MacDonald for old time’s sake (we used to go there for drinks and to restore our sanity when we both lived in Edmonton) and had a blast ordering a ridiculous amount of ridiculously expensive appetizers ($10 popcorn anyone? But it was tossed in truffle oil, so…) We were too busy yakking to take any photos, but it was such a great night!

The week after I got back from Edmonton was the “Thinking About Animals” conference at Brock. It was so amazing to see such a great turn-out for this event. I don’t know the exact count, but people came from all over to discuss, debate and think critically about relationships between species. It was fabulous and I was sorry that I had to miss so many sessions due to teaching and other commitments. (the perils of attending a conference at one’s home institution, I guess)

The 2011 Niagara Social Justice Forum came on the heels of the “Thinking About Animals” conference. I was part of the organizing committee for the NSJF this year, so it was an especially intense time. We had a great day for the forum – beautiful sunny skies, perfect for the nature walks along the escarpment that were booked for mid-day. There were 18 workshops on a wide range of topics (everything from youth homelessness to water access and social media to the rates of diabetes in Aboriginal communities), an “art space” (featuring an exhibition of images to raise money and awareness for Toronto Pig Save, a children’s art competition and a craft table where participants could paint messages of social justice on a banner and make their very own compostable plant pot and then plant an heirloom tomato seed donated to the event by Tree & Twig), a performance by WomEnchant, and a screening of NFB’s Reel Injun. A long, wonderful, rich and rewarding day! 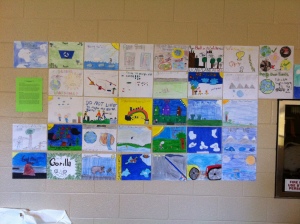 I thoroughly enjoyed all of these events, but I’m glad that the pace is going to slow down a bit now. Classes have ended and it is time to turn my mind to summer research/writing + gardening. I’m looking forward to some new adventures on both of these fronts!